Paw prints on our hearts 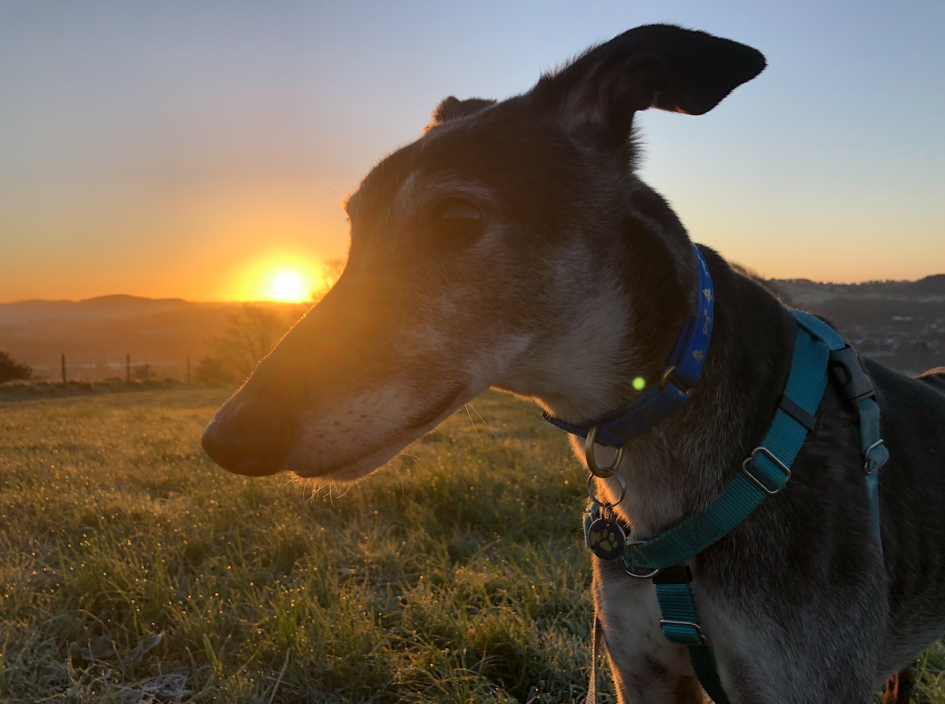 The end, when it comes, has a perfect stillness. The vet and the nurse soothe Lionel with hushed, calming words and it’s done. He slides, supported, onto my knees, his long nose nestling into my hand, and the vet and nurse slip quietly from the room. I thank my boy, not for the first time, for finding us when we most needed finding. Our rescue dog indeed. 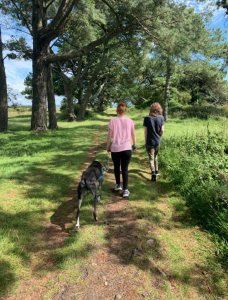 His final days have been filled with love, quietness and all the sausages and gravy he usually isn’t allowed. The decision that has been coming for six months has finally come; it’s the kindest one, but not for his little trio. Two teens stretch on the floor next to his bed, holding the still regal paws that now carry so much pain and stiffness. His spring has gone. He is still ours, but he’s ready to leave.

For six years and one week, Lionel has been our joy, our laughter, our comfort and – on many, many occasions – That Dog. That Dog who ate my dinner. That Dog who weed on the carpet. That Dog who weed on the leg of Greyhound Rescue Wales’ brand-shiny-new rehoming manager on the manager’s very first outing. He was ‘second most handsome male’ at GRW’s summer fete (he was so robbed) and he has always been the dog I was never supposed to have. But,  like I say, they find you, do Those Dogs. 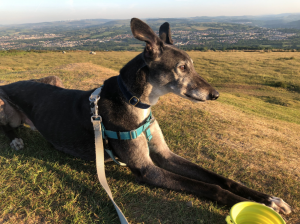 He was, certainly for the first of those six years, my reason to get up and out of the house every day without fail, running and walking alongside me through mile after healing mile. We walked our human boy to school together before the boy got too tall to need walking, and we climbed many hills. We particularly loved the little hill behind our home where, if no small dogs or squirrels could be spotted, I’d let him off-lead and he’d zoom on up to the trig, leaving me trailing. We camped often, in the tent and in the T5 and, once, in a winter bunkhouse that made us both cry. And then, at some time I can’t quite pinpoint, he stopped zooming and camping, and instead started wincing at even the shortest pootle along the back lane. 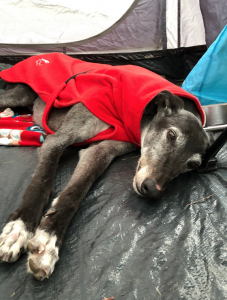 So here’s a bit about dog racing, just in case you think it sounds like a fun day out with a cheap offer on Groupon. In the four years before Lionel found us, he had about 45 races, which left him with a lifetime of arthritis. He had scars from kennel fights, a fear of loud noises and enormous separation anxiety. We can’t quite say that those racing days led to the orthostatic tremor (a kind of doggie Parkinson’s), but I’d guess that they didn’t help much. And Lionel was one of the lucky ones. He didn’t have a broken hock amputated, or have his ears cut off or maimed to avoid identification by his racing tattoo. He didn’t get shot and left on a hillside. He was simply down to skin and bone and quite broken, and that was ok because we were all a little bit broken too. 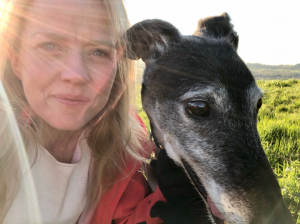 Two teens say a final, wrenching goodbye and two grown-ups walk Lionel out the back door for his final journey. I make the mistake of turning back to see two teens hugging in the kitchen, then Lionel scrambles into the van and we’re away. The wonderful staff at our vets have allowed us to drive around the back and duck our way under half-raised shutters, to avoid the happy dog owners round the front. My boy heaves a big sigh and is at peace. As I fold down his silky ears, I realise that I am, too.