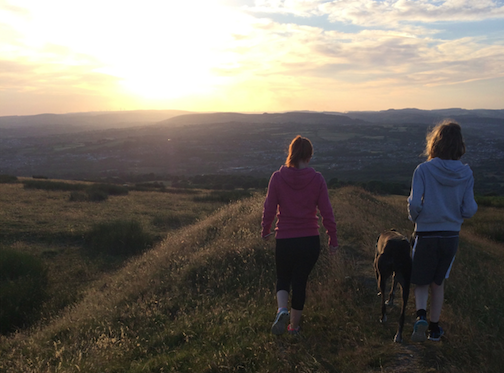 I don’t have a sense of humour. I know this, because a guy on Instagram tells me so. I leave a line of rolly-eye emojis in the wake of his post about all women talking ‘shite’ and being unable to drive, which of course is irrefutable evidence of my cheerless, banter-free life. Oh Lord, the bants. Spare me.

Were I to declare that half the world’s population can’t cook or multi-task, I would quite rightly be put in the stocks (or the 21st century version, ‘deleted’ – as was he). Because, yes, it is the 21st century and these stereotypes are so tired. Each year, a man asks why we need International Women’s Day (possibly women ask this, too, they’re just not the women I choose to have bants with). It’s usually followed by a scoffing: “Why can’t we have International Men’s Day?” You can, honey, it’s in November and I get my awesome clients on the radio to talk about why we need that, too. 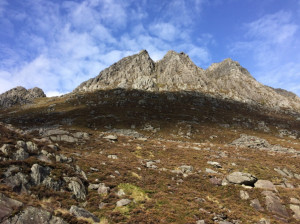 Last year, International Women’s Day came shortly after an exchange on Facebook about the Glyderau range in Snowdonia. A (female) BMC rep was outstandingly helpful in giving safety gear tips to a man who asked the best way to climb Tryfan, to which he replied ‘the only things I rope are women’. The BMC rep and I (both Tryfan baggers several times over; just saying) were initially the only ones to call him out in long, long chain of answers, until the (male) admin team stepped in and brilliantly shut him up. But isn’t it depressing that none of the other men in the thread saw the need to defend their mothers, wives, daughters, sisters, friends? I guess it’s just all part of the bants. 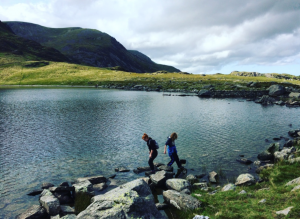 You don’t have to be female to work at my PR agency, but, it transpires, it does help enormously when it comes to fulfilling a brief and being rather nice to spend the day with. Among the (male) freelances I’ve commissioned was the one I later had to politely ask to stop using the word ‘fuck’ in his Monday morning emails. He decided he couldn’t possibly continue to work with such an unreasonable client and, er, fucked off to try his luck elsewhere.

Another man who wanted to work with us gave me an eye-watering daily rate. “That’s lovely,” I said. “Please tell me all you know about our clients.” Ah yes, our clients – turns out he didn’t think checking out our website to find out who we work with was worth his well-paid time. But my own personal fave will always be the writer who proved grandiosely incapable of sticking to the ‘keep it chatty’ brief. It was when I asked for a third edit, in our house style, that he fired back: “I did look at your past blogs but didn’t finish reading any of them, as they were all too bland.” The fact his riposte followed news we’d been shortlisted for another award did make me giggle rather. 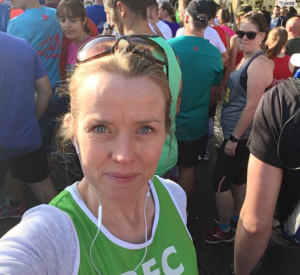 But this isn’t an anti-men rant (who, me?). Oh no. Last year, I blogged about it being arguably tougher for women to take part in a half marathon than it is for men. “Bec, you’re such a feminist!” mocked a close girlfriend. I was astonished – not only by her scorn, but by the notion that, in this day and age, any woman isn’t.


Rope Guy later apologised for being ‘flippant and thoughtless’. All-Women-Talk-Shite Guy said he was ‘only being cheeky’. And there we have it. The gauntlet of flippancy, thoughtlessness and cheekiness is one we women run every day, often where we least expect it. We run it every time we walk down the street, every time we speak up at work, every time we scroll through our phones and every time we politely say: “Um, excuse me, that’s not ok.” It’s why we absolutely need International Women’s Day. The greatest achievement I hope to make as a parent is to raise two feminists. I can raise my girl to be as strong as she likes, but if I raise my boy to be a flippant, thoughtless, cheeky knobjob, it’s all depressingly pointless really.