These girls can at Cardiff Half 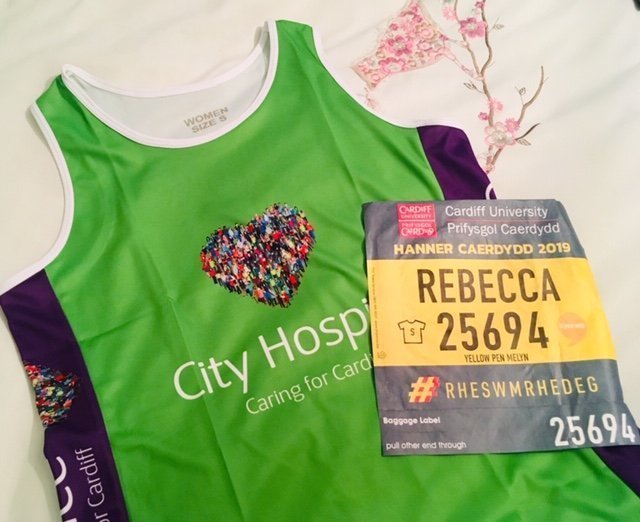 I’m a badass. Yep, me – school class swot, Girl Guide, chorister, altar girl – a total badass. This is according to a friend off of Instagram who, from quite some distance, sees the plate-spinning and the ball-dropping and, in between those things, some running. We talk about running a lot. He compares me to some friends of his who run. When they’re not running, they save people and fix people up. When I’m not running I, in the words of the immortal Daniel Cleaver, fanny around with press releases. I feel it’s an unfair comparison. “Ah, but they have helicopters and guns and high-speed cars,” he says. “You write books and climb mountains and raise teenagers. Total badass.” 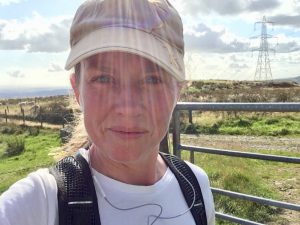 I sure could use a helicopter just to get me to the yellow pen of the Cardiff Half Marathon tomorrow (don’t get me started on the lack of actual trains heading towards the UK’s third biggest race). Yes, I’ll be running 13.1 miles around our capital city, looping around the beautiful Bay and puffing on up to Roath Park. I hear the atmosphere at Cardiff is incredible and, as I go, I’m going to be rooting for all the other runners… but especially my fellow ladies. Because – and I’m saying this quietly – everything’s just a teeny bit harder for the girls, isn’t it?

This year, for the first time ever, there are more women than men running Cardiff. And many have pretty amazing stories as to why they run. That’s to take nothing at all away from the guys out there bagging PBs and running through pain barriers, but my suspicions are that the girls will have hurdled a few more obstacles just to reach the starting line in the first place (trains notwithstanding). The ladies running who have given birth this year. The women running with period cramps. All the mamas who’ve carefully constructed a little house of childcare cards, only for it to look a little shaky as they set off and now they can’t stop thinking what-if-there’s-a-horrible-accident-and-no-one-can-get-hold-of-me instead of focusing on getting to mile 13.

This is a huge generalisation and my hat is off to all the men who juggle, who aren’t well, who pick up the majority of the childcare and wash their own running vests. I’m just saying that, when faced with the question: “Hey, shall we do a half marathon?” many men would answer instantly: “Sure bud, sign me up.” And I don’t know a single lady who wouldn’t say: “That would be absolutely delightful, let me just check who’ll be peeling the potatoes on October 6 before I commit.”

I’ve only done one half previously. I managed it a mere seven years after giving birth; I was so proud. I was on the kinder side of 40 then and without the collection of weird and wonderful symptoms that now accompany me on every run. But, on the other hand, I didn’t have the wisdom that us ladies pick up as we pass the 40 line, and as a result was quite exhausted juggling a whole load of other people’s shit as well as my own. This time around, I’m sorted. Teen-care of the most dependable sort is in place, emergency Feminax is at the ready and I can’t wait to half-marathon my way around Cardiff with 27,500 amazing people – 14,000 of them total badasses. 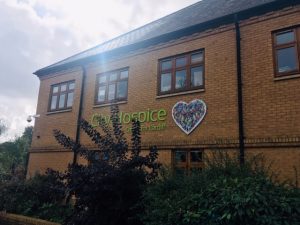 I’m running the Cardiff Half for City Hospice, an amazing team that helps people and their families at the end of their life. Thank you to the lovely people who have helped me reach my fundraising target… further donations can be made here! x

Cardiff Half Marathon, half marathon, Running