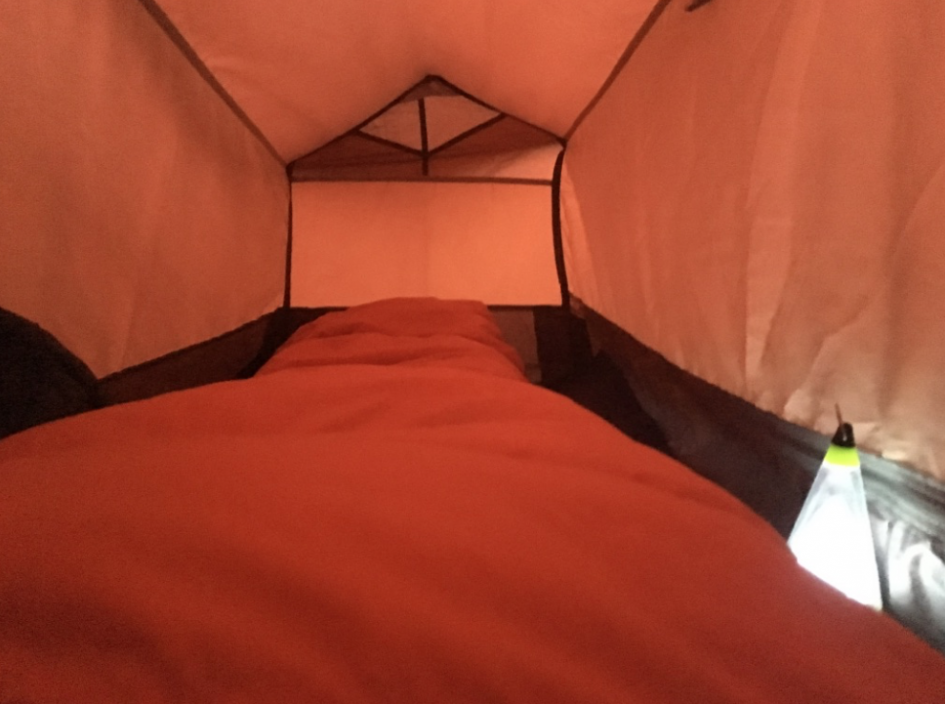 I’m enveloped in glowing orange, the double hit of tent and sleeping bag captured and boldly magnified in the glare of a lantern. It’s blowing an absolute hoolie and I’m miles from anyone, save for a trio of lads half a mile across the lake. They are here for the craic, judging by the hoots and shrieks skimming intermittently across the water. I’m not here for the craic by definition, as there’s just one of me and a sole bottle of cider, but I am here for a good night’s sleep. I wasn’t banking on the hoolie or the hooting. 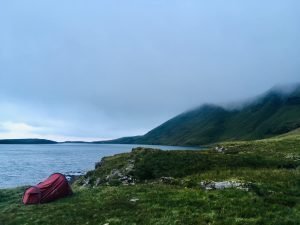 The colour co-ordination is unintentional but satisfying, adding to the comfort and warmth of my penthouse suite on the banks of Llyn y Fan Fawr. I’m cwtched up in a new Vango Venom sleeping bag, a two-season, shaped bag with a long string of reviews glowing almost as hotly as my quarters for the night. I’m long-term testing it over the summer; not only on this solo camp but also the odd night in the T5 and a family getaway to the Clent Hills, where the teens, rolling out their own sleeping bags, eye it enviously and declare life not to be fair. There’s a pause, which a nice parent would fill by offering it to them, two nights each. But I’m not a nice parent; I’m a character-building parent and this sleeping bag’s all mine. 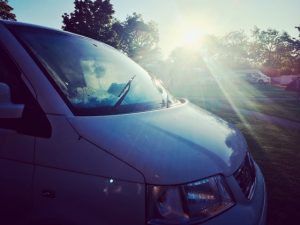 The evenings are already shortening and the mornings starting to nip. The Venom 200 is advertised as being suitable in temperatures down to 5℃; I’m a freezer, known to take a hot water bottle to bed in July, and at least one night in the Clent Hills is nearer one or two degrees. But I’m toasty to the point of doubling checking the tags, wondering if I mistakenly have the winter version and not the spring and summer bag (I don’t).

There’s plenty of room too; I’m wary of feeling restricted in a tapered sleeping bag but I wriggle around in my customary going-to-sleep ritual and my feet don’t seem to reach the sides. Admittedly it would be good to get the views of a fully grown adult on this, as I’m just about the height of my younger teen, but at a length of 205cm, the Vango is generous compared to a standard size sleeping bag and the difference shows. It also has a toggled, drawstring hood, which I’m warm enough not to use, and two-way locking zips. 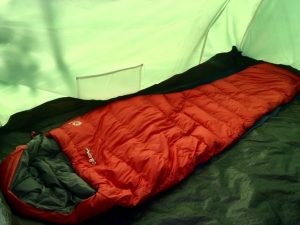 The Venom is popular amongst hikers, cyclists and Scouts and, at just 700g, no wonder. Recommended by the DofE, it packs away to such barely-there proportions that, on reaching my solo camping spot, I panic and think I’ve forgotten it, but phew, it’s squished right at the bottom of my rucksack. It’s filled with ethically sourced down and comes in a roll-top dry bag, as well as a mesh storage sack roomy enough to fit accessories such a camping pillow if you use one.

The nylon fabric is shiny and would prove perhaps a little too slippery laid directly on a ground sheet, although it stays nicely in place with a camping mat (ok, my old yoga mat) between the two. On the whole, the Venom is so startlingly cosy that I even wonder if I might survive an October camp-out before the clocks go back and winter declares herself officially open. And should I ever decide to become a really hardy camper, there’s also the all-season Vango Venom 400 sleeping bag, which costs £150 from Outdoor World Direct. Keep reading to see if I summon the courage (but don’t hold your breath!)…

My Vango sleeping bag was kindly gifted by Outdoor World Direct, a leading family-run, Yorkshire-based outdoors retailer. It costs £119.99 from their online store and you can also follow them on Facebook and Instagram.