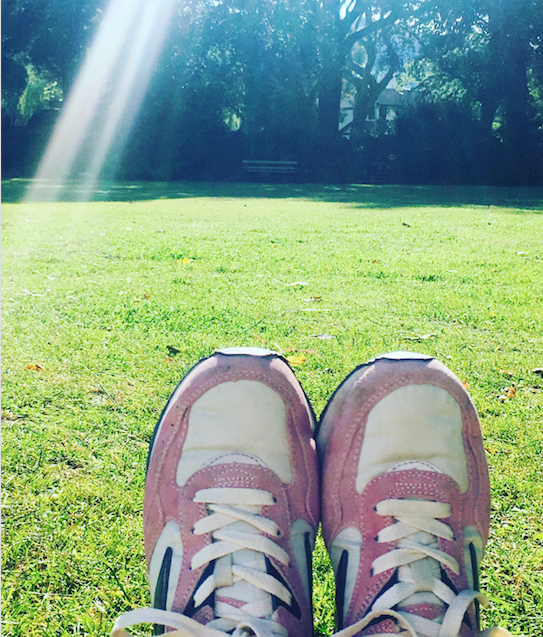 Oops, I’ve done it again. A few weeks after the Welsh 3 Peaks Challenge, when my feet and hair have returned to their normal state, I’m scrolling through Facebook and spy a call for runners to join City Hospice’s Cardiff Half Marathon team. It’s been six years since I ran my only half marathon to date; six years in which the only line I’ve crossed is the one over 40. I’ve become a little wiser in the interim, but certainly no speedier.

I send off an enquiry, expressing mild interest, and immediately get a response. “Congratulations, you’re in the team!” it says. I’m sure something similarly stealth-like happened with the Welsh 3 Peaks. The Cardiff Half is in October. I make a note to ‘put feet up’ after October 6 and google half marathon training plans. 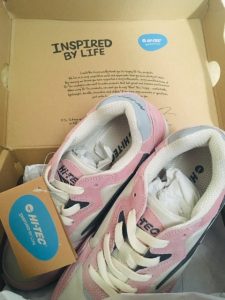 I need new running shoes, my two-year-old trainers looking rather forlorn. My eye is caught by the Hi-Tec Shadow, a new take on the brand’s original 1981 performance shoe. Nearly as old as me, then, although still to cross the over-40 line. The design is attractively subtle, the pale pink and cream fabric emboldened by a silver Hi-Tec arrow, and they are velvety soft, both in appearance and on my feet.

When launched, the aim of the Shadow was be the Rolls Royce for feet, fusing a sophisticated design with comfort for track, trail and street running. They look almost too pretty to jog in, but I do – a lot. I pace myself on hot, six-mile road routes and push harder at parkrun, bringing my 5K time back under 30 minutes. It was 27 minutes when I was the kinder side of 40; that seems unattainable these days, but then I always did think a Rolls Royce is more stylish than a Subaru. 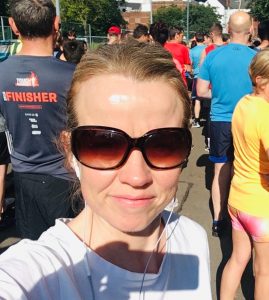 Getting my parkrun on

I’m a big fan of running shoes with breathable nylon mesh panels, and these certainly keep my feet cool even on hot July evening runs. They have reassuring traction on tarmac and perform well over short, grassy bursts, although I’m not expecting too many of those at the Cardiff Half. If I have the slightest gripe, it’s that the heel counter seems a little flimsy when pulling them on but, once laced up, they feel secure and supportive. And on that note, these laces have yet to work their way undone mid-run, an issue I’ve encountered with two pricier brands.

The Shadow also comes in red or grey and blue for women and blue for men, while its sister shoe, the Silver Shadow, is available in a spectrum of colours, including white, silver, gold and rose. I’ve always been a fan of Hi-Tec, sporting many a pair of high top basketball boots back in the late ‘80s – along with stonewash jeans, Guns n’ Roses tee-shirts and an improbably sized perm – and I’m really pleased to see such a classic updated. Now if I can only update my PB back to, oh, 1989 levels, the half will be a breeze.