The gap between the two trapezes 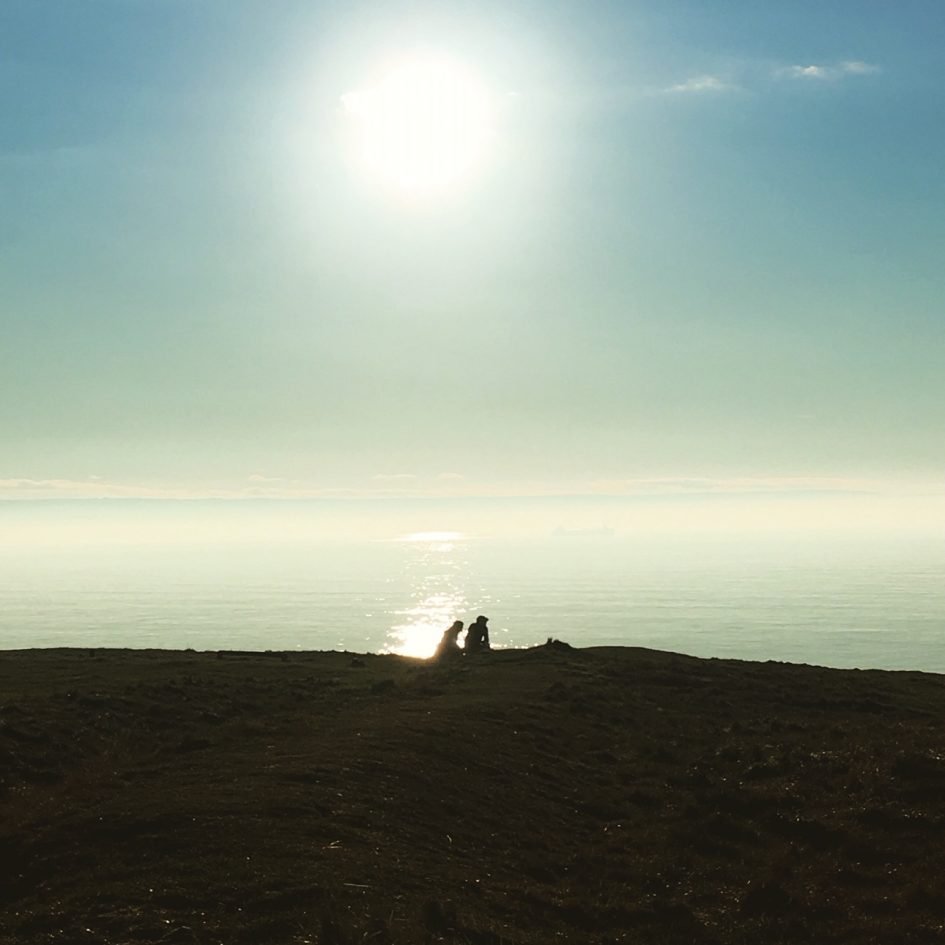 Valentine’s Day gently passes and I’m in the gap between the two trapezes; not quite in a relationship, not quite single. My feed fills with smiling couples drinking champagne and on mountains – often at the same time – and I can’t quite join in but am hopeful of bearing my best melamine flutes towards a sunset trig very soon.

After consulting the good folk of Instagram, I focus on the outdoorsy brief. I have dates with perfectly nice men, who mention all the right mountains and try hard to make me laugh (I know one is, because he helpfully tells me he’s trying hard to make me laugh). Along the way I realise they’re quite tough for men, these dates, aren’t they? The thought has only just occurred; I’ve been too busy raising two feminists to feel sorry for the guys until now – that and ironing my dungarees, of course. But I start to see the fine line that the decent ones tread between being a gentleman and allowing us our equal space.

The date on which it seems to be his turn to buy the drink every time he needs a fresh one, and my turn every time we both do (I’m drinking tea on this one and, my goodness, do I need a pint of what he’s having). Date over, he zooms into the night, leaving me to navigate dark, unfamiliar streets that pose far more threats than an isolated hilltop, and wondering if this is equality or just a bit crap. 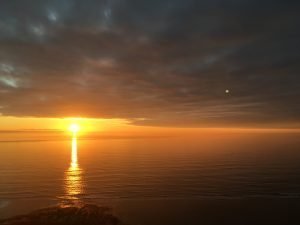 The one where we walk on a clifftop towards the end of a winter’s afternoon burning the sea tiger-orange. The sun lowers itself to the edge of the world then obligingly holds fast until he kisses me. But he doesn’t kiss me and, in fairness, I don’t kiss him either. He texts me later. “I probably should have kissed you under such a beautiful sky,” he says. And I wonder how I would have felt if he had, but the moment has long since dipped into the waves.

I change the brief. Forget outdoorsy; I’m going for the looks – turns out I really am that shallow. And there he is, sparklingly handsome, laid back, chatty and warm. He drives me home and I forget the directions, because, sometimes, some things are just too darn difficult to focus on. We plan another evening of drinks but there’s snow on the Beacons, so drinks turn, perfectly reasonably, into a slow, glistening afternoon stroll to nowhere in particular. Date three is rock climbing, which isn’t outdoorsy at all as we’re at the indoor climbing centre. See, the original brief was clearly so wrong. 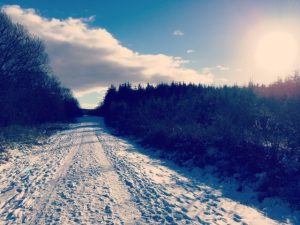 I don’t really do Valentine’s Day. This year I spend lots of time liking #HartsValentinesDay, Miranda advising us to fill our feeds with photos of sunsets and pets (I’m so far ahead of the game here). But I realise how much easier it is to not really do Valentine’s Day when you’re part of a couple, instead of someone who’s not quite in a relationship and not quite single.

I wish I were a good enough writer to come up with the gap between the two trapezes, but I stole it from Coldplay. If life were a song I’d be soaring upwards, fingertips stretching for the swing. But I’m not in a song and I can’t help feeling that, far below, clowns are peering up, waiting for the fall.

If you’re also not quite single, or very definitely so, today is Singles Awareness Day. Find out more about my table for one here!