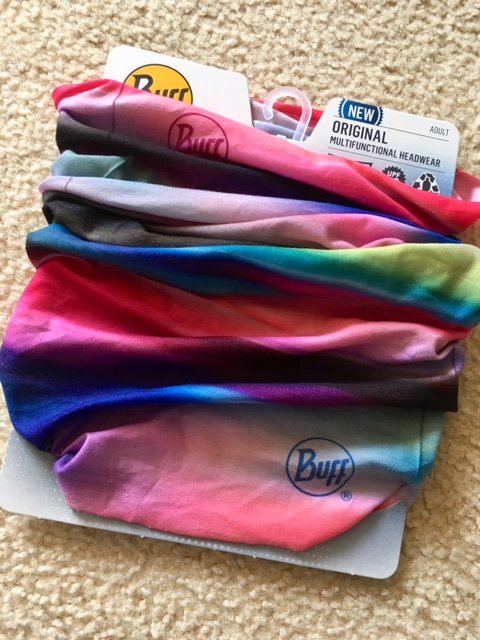 With an autumnal nip in the air, now’s about the time to switch those lighter summer rucksacks to full winter kit… and firmly at the top of my checklist is my new favourite accessory. As friends know, I do like a nice scarf – pretty much all year round, from my winter woolies to an assortment of colourful cotton – so I’ve been delighted to discover the new Original BUFF®, which covers all seasons!

I admit to being quite late to the party with head and neckwear brand BUFF®, already hugely popular globally with sporty and outdoorsy people, including countless hikers I’ve passed on my treks. Being late to the party is a Lees family trait, but one which often works in our favour – like in the ‘80s, when we were absolutely the last people on earth to own a video recorder. Everyone I knew had a Betamax, but by the time my dad got round to buying one, the VHS had arrived and I was accidentally the coolest person in my class for at least three days. And so it is again, me getting in on the BUFF® act just as the improved version arrives in the autumn / winter collection. 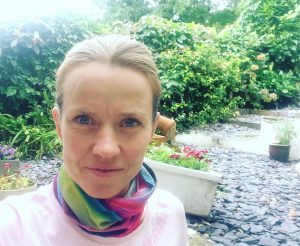 More than a scarf, the Original BUFF® can be worn in a clever number of ways to protect wearers from the elements and, apparently, enhance sporting performance. Now, as much as I adore my Luminance multi-coloured BUFF®, I’m not sure it’s enabling me to hike any faster – although I must admit that its seam-free tubular shape is a more streamlined way of keeping my neck cosy than wrestling in a brisk Beacons breeze with the dangly ends of a traditional scarf.

Combining new four-way stretchy fabric with eye-catching style, it also has impeccable environmental credentials, being fashioned from recycled polyester microfibre made from clear plastic bottles supplied by sustainability leaders Repreve®! The BUFF® can also be worn as a headband – excellent for sweaty runs – and even as a face mask in wintry weather, its microfibre giving breathability as opposed to the clammy restrictions of wool.

Ok, so we’re only just edging into October and I’m yet to test the BUFF® in the extreme conditions that are part and parcel of ‘living in Britain’ – remember when the Beast-like blizzard was swiftly followed by that heatwave? But I suspect the BUFF® will stand up superbly in both; as well as thermal insulation, it offers a UV Protection Factor of 50! In the meantime, it’s just the thing for my increasingly nippy early morning walks with Lionel and autumnal hikes in the Beacons… I’ll post an update next time it starts to snow!

The new Original BUFF® is available in women’s, men’s and children’s versions and is £16. For more info visit www.buffwear.co.uk.

This is a sponsored post. All reviews are my honest opinion and I work only with brands I believe in and have personally tested.