To the brightest star, farewell and goodnight 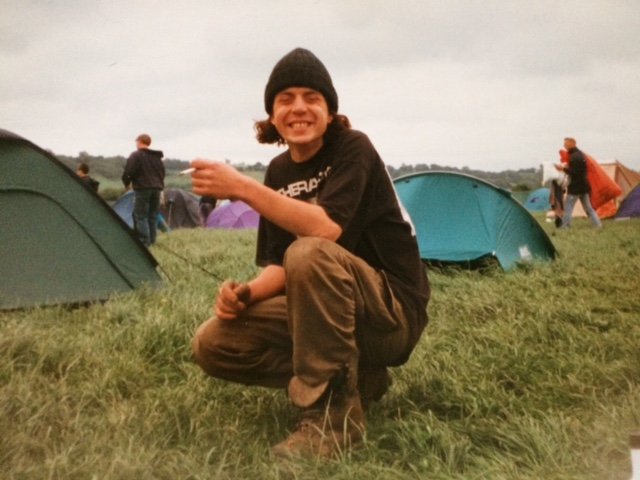 I’m in the quiet corner of Margam Park where we scattered Gareth’s ashes. He died 10 years ago today and I can still feel the shock carried down the line of the early morning phone call. Ten years is forever, and 10 years passes in a finger click.

My sister and I meet for a walk and it’s Margam. It’s always Margam; we say it’s in the middle, and it’s easy just off the M4, and the woods will be shady in this heatwave, but he’s always there and it’s the three of us again. The thing with siblings is that they’re the only people in the world who truly see life through your lens. We don’t always agree but we always know where we’re coming from and, usually, where we’re heading next. 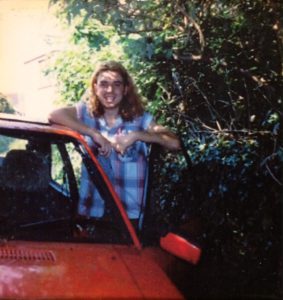 To describe Gareth we need all the superlatives. He was the funniest, the smartest, the cheekiest (by a long mile the cheekiest). His smile was the widest, his car engines the loudest and the memories, in a heartbeat, the brightest. Gareth at Glastonbury, dancing joyously in the mud to Smashing Pumpkins. He hadn’t been able to book the time off work but we’d headed there anyway and he nearly got away with it, save for being picked up in the crowd by a BBC camera and broadcast to the nation. Gareth, as a child, getting up at 5am one Christmas morning not only to unwrap our joint-gift Lego space station but to build the entire set and touch our first ever blue spaceman by the time I got up. Gareth bouncing across a busy road on a spacehopper (no, that’s not from our childhood; he was about 30 in that one).

The teen and teen in training were four and two when he passed away but still talk about Uncle Gareth as if he popped in just a few weeks back. Stacks of printed photos keep memories fresh and spark new ones, the legend sprawling into superhero-dom until I think they believe he lived in their playroom, endlessly creating new hairstyles at the Play Doh salon he bought them and watching Mr Men dvds. He’s still the first person I want to call when I can’t help them with maths, and my heart hurts for the nearly-teen when he tells me everything he knows about Maseratis and Camaros and deserves a more knowing audience. The Gareth-shaped gap remains unfillable, for not only those who knew him but for those who should have known him and didn’t get their chance.

At Margam, in a field near Gareth’s corner, is an old tree trunk, uprooted and on its side. I decide it must be the same trunk as in a faded photo from Margams gone by, my dad sitting against it, legs outstretched, with my brother sitting between them. My sister’s sitting between Gareth’s legs and I between hers, and we’re all smiling at my mum behind the camera. My dad looks like a Beatle and is a year or two younger than Gareth was on July 11.

And that’s life, right there in that photo. The three of us thinking we can be anything; thinking we can be everything – Ayrton Senna, a Play Doh hairdresser and a blue Lego spaceman all rolled into the most awesome grown up ever – and just not realising how little time we have to be awesome before July 11 comes along. 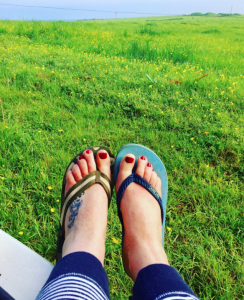 After July 11 my children decide, with the quiet confidence that small children have, that Uncle Gareth has driven to heaven in a really fast car. I get some Smashing Pumpkins stars and a moon tattooed onto my foot, think of the space station and the Play Doh, and of dancing to Smashing Pumpkins at the muddiest Glastonbury in history, and I’m quietly confident he did, too.

Ten years. Ten years is long enough to mark every July 11, every birthday, every Christmas and every now-quiet New Year’s Eve. In the spirit of the Moby track we played at his funeral, now I let it go.

‘Farewell and Goodnight’ title taken from Mellon Collie and the Infinite Sadness, Smashing Pumpkins. If you have a someone-special-shaped hole in your life, play it and feel better xx 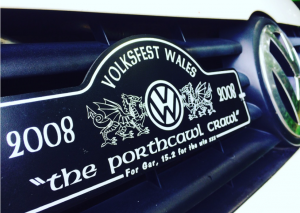