Life’s a beach, in boots and bikinis 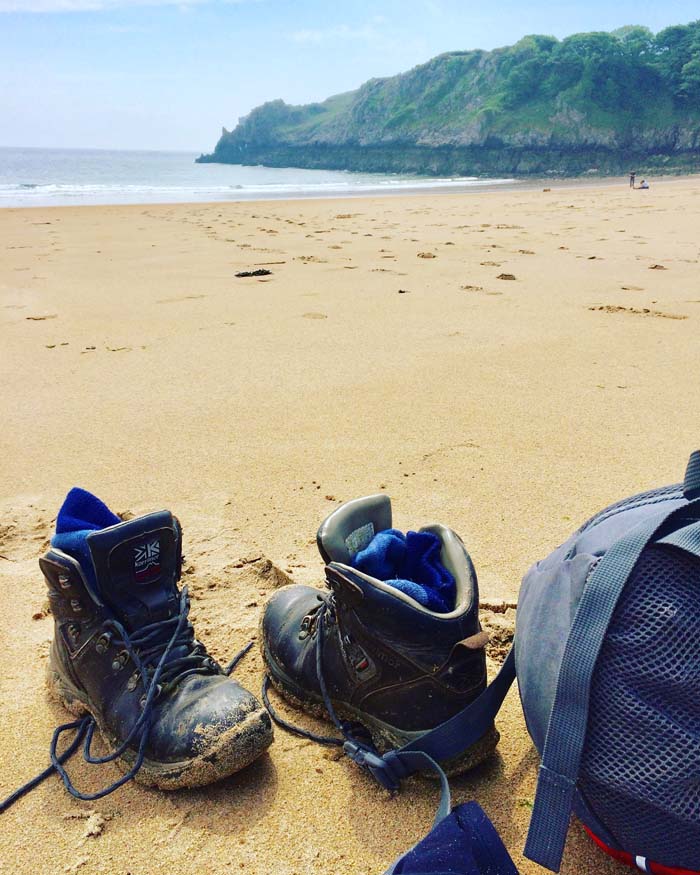 The arrival of weighing scales in our house generates huge excitement. The teen has wanted a set for a while and, after much hmmm-ing and we’ll-see-ing, I cave and pop some into our shopping trolley. I’m really not a fan of scales. I get by perfectly fine with the odd weigh-in at the GP surgery or, lately, an assortment of hospitals, at one of which I discover I weigh the same as some guy called Dani Pedrosa. I google him and that looks about right, minus the motorbike.

The thing with weight is it doesn’t give the full picture, does it? On two occasions in my adult life I’ve weighed less than Dani Pedrosa and, each time, well-meaning friends have shrieked “Oh-my-god-you’re-so-thin-you-look-amazing!” And both times I’ve actually looked – and felt – anything but amazing, because both times I’ve been absolutely broken. And it interests me that women (it’s always us women) are still so quick to equate thin with ‘amazing’, even when, right under our noses, thin is clearly screaming out ‘beyond exhausted and so stressed my hair’s falling out and what I really need is a hug. And doughnuts’. And feeling like that is far, far from amazing.

I talk solemnly to the teen about the weight of muscle v. fat, and genetics, and the sackfuls of fruit she makes her way through before I even finish putting away the shopping, and I threaten to throw the scales away if she starts weighing in daily. Then we all hop on (one at a time, obviously – we know how this works). The teen in training, who weighed about as much a paper bag when he was born, now weighs as much as three paper bags and seems pretty chuffed with himself.

The teen’s up next, and is bang on the average weight for a teen her age, according to my Food Bible – although my ingredient-splattered edition actually pre-dates me marrying her dad, and I suspect today’s ‘average’ is a tad heavier than it was 20 years ago. Then I jump on and, dear Lord, I’m heavier than I’ve been since I was expecting the teen-in-training. Think Dani Pedrosa post-Christmas, after he cracked open the mince pies and Baileys on November 30 and forgot to stop in January (not, of course, that I know anyone who behaves like this). 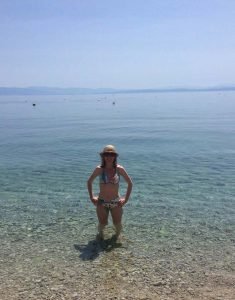 But here’s the thing – I feel marvellous! Now maybe I’m kidding myself and have the opposite of body dysmorphia – some kind of body utopia, if you like. I think back to last summer, when I read a news article boldly stating that women over 40 (hello!) shouldn’t (bad word) wear bikinis in public. And I’d just got back from the most blissful, balance-restoring holiday in Croatia where, ever late to the party, I’d worn my bikini in public for the first time, and I’ve been metaphorically wearing it ever since.

Yep, it took a whole 41 years to realise that I’m ‘just fine’. That meant a good 40 years of feeling anywhere between ‘a bit crap’ and ‘absolutely hideous’ depending on all manner of factors, not least seeing who’d recently had their armpits / knees / feet flagged up in the circle of shame on the cover of Heat magazine. And all the while looking at gorgeous friends who, my goodness, have the most amazing curves that ‘thin’ just doesn’t give you – and all they want to do is lose them. Because this shit starts young, it really does. I look at my teen, who’s a bit older than I was when I decided I really wasn’t good enough, and she’s so beautiful I could sob.

But here I am, forty-something-else looming, and everything’s still working (just, although I’ve now been referred to ophthalmology on top of neurology; I feel like Maureen Lipman in an ‘80s TV ad). I spend the bank holiday weekend hiking miles along the Pembrokeshire Coast Path, because my body can, thinking that each new sandy cove and sun-kissed cliff that comes into view is the most amazing one ever. I run 5k for the first time in a year and still come in at under 30 minutes (ok, nine seconds under 30 minutes, and I nearly pass out in the postman’s arms as we collide on my front steps, but he’s a friendly sort and doesn’t seem too phased). And I can swim, in my bikini, in an aquamarine Croatian sea with my kids, and it really doesn’t get any better than that. 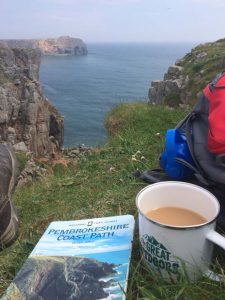 So next time you see a friend who’s lost weight, ask her/him if they’re ok. If they shriek “Oh-my-god-yes-I’m-so-thin-it’s-amazing!” agree that it is indeed amazing, and give them a hug. And if they look a bit wobbly and say actually, they’re feeling a bit fragile right now, give them a really big hug and tell them anyway that they look amazing. Buy them doughnuts, hike them up to your favourite trig point and pour open your flask while they pour out what’s wrong.

And those scales? I put them in the bathroom cupboard, under an 18-pack of loo rolls, with the teen strictly forbidden to take them out more than once a week. And they haven’t been touched since – go figure.