It’s Singles Awareness Day and, yep, I’m aware I’m definitely single. The last time I went on a date, it ended badly (it ended in marriage, and I really can’t risk that happening again).

As it happens, I was asked out on a date fairly recently. But I made the rookie mistake of telling the teen, and such incredulity hasn’t been seen in our house since I lied there was no wi-fi at Bluestone and she was going to lose her ‘streaks’. “But Mum!” she said (long pause while her teenage brain searched for a word that wasn’t like, tha’ or wha’). “But Mum, has he actually, like, seen you though?” 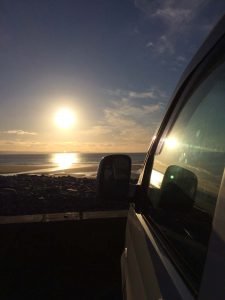 Then there was the day in November, at the end of a long, exhilarating coastal stomp, I arrived back at my shiny white T5 and a shiny black T5 pulled up alongside. Out hopped two beagles and a super fit guy. We eyed up each other’s T5s (read ‘each other’) for a couple of minutes until… he spoke to me! And he said: “Alright love? My dog’s just crapped in my van.”

Before the date-that-ended-badly was the date to the cinema with another super fit guy (see, there’s a clue there as to where I’m going wrong). He kindly said I should choose the film, so I chose 127 Hours – you know, the one where the climber gets trapped by a boulder in the canyon and has to cut off his own arm to survive? I was gripped; my date was green. Turns out the cheeky Nando’s afterwards wasn’t such a good idea. 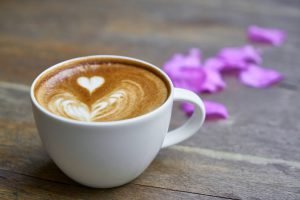 Even on the day we’re supposed to be celebrating our single lives of fun and freedom, the joke’s firmly on us; today is, quite literally, S.A.D. But if you know any not-too-super-fit guys with continent dogs and a taste for educational climbing first aid films, please let me know. As long as they haven’t actually, like, seen me, of course!