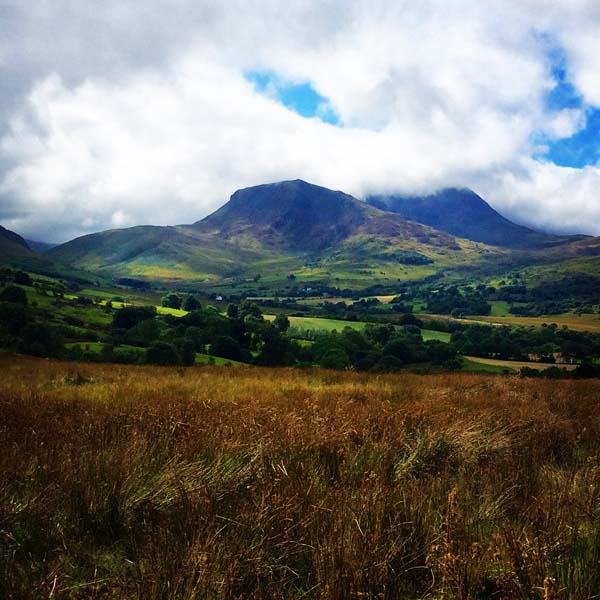 For someone who doesn’t watch a great deal of telly, this week I’ve been glued. Winterwatch – yay! Britain’s Favourite Walks – whoo hoo! Winterwatch clashing with Britain’s Favourite Walks on Tuesday night – dilemma! Now, I love January, but apparently a whole lot of people don’t, so hopefully the week’s TV has been just what the nation needs to start looking forward and mapping out new adventures.

These could be right in your own back garden; I’m planning to encourage hedgehogs into mine and if we could just have our own golden eagle by about, oh, June, that would be lovely. Or they could be further afield, re-treading familiar paths or exploring pastures new. So, after much thought, here’s my will-do list for 2018 – I’d love to hear yours too! 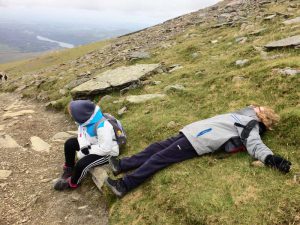 My dad’s a gog (not with excitement – he’s from Colwyn Bay) and the family holidays I remember most were spent scrabbling about on Tryfan and Crib Goch. Since having the teen and teen-in-training I’ve made too few trips up north, but last summer’s expedition sparked something in the three of us. They now want to summit Snowdon at sunset and, for me, Cadair Idris is calling…

I’ve never been and it never crossed my mind I should, until two things happened last year. Firstly, I started working with the lovely Ron Scholes, a long distance trails blazer currently working on his latest book (he’s 88, btw, and his new LD trail is one devised with an old friend who went by the name of A. Wainwright). Secondly, I joined Instagram. Now I go to sleep dreaming of marvellous not-so-far-off places called The Roaches and Stanage Edge. I’m on my way! 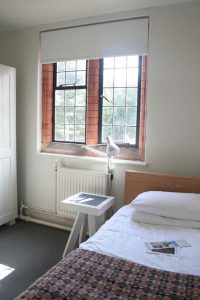 I was lucky enough to stay here in 2012 and was caught up in dramatic fire scenes worthy of a Kate Winslet epic! Ok, the reality was a false alarm in which I had time to put on my bra and rescue a Twirl before joining the throngs positively ambling their way to safety, but the whole point of this Hawarden gem (north Wales again, see) is that your imagination can end up anywhere. Blissfully quiet, in the TV-less bedrooms as well as the awe-inspiring vaulted library, it’s definitely the place to Get Work Done. Just take your fire extinguisher and keep your Twirls by the escape hatch.

For a hearty camper, I sure do like my home comforts. Pitch with electric hook up? Yes please. Inflatable mattress and five blankets (two underneath and three on top)? Sure. Hot water bottle? Rude not to, especially in May. But I also like the idea of being a ‘proper’ camper slinging a carefree pack on my back and setting off into the forestry around Llyn Brianne, not to be seen until Sunday lunchtime. So let’s give it a go. Now if I just pack a really small hairdryer and an extremely long extension lead…

Like so many of us, I have a dark cloud sitting on my shoulder. I can’t always see him and it’s sunny ahead, but I know he’s hovering just behind. I’ve learned, the hard way, that he’s not going to go away, but that we can live peaceably together as long as I remember to walk lots, talk to nice friends, eat poached eggs for breakfast, sleep and write. Today is not a ‘good’ day; the dark cloud breathes down my neck and makes the easiest tasks that teeny bit harder. But I write 600 words and he eases off for the evening. See, it works! (plus I have a trails book to finish; I literally do have to write more) 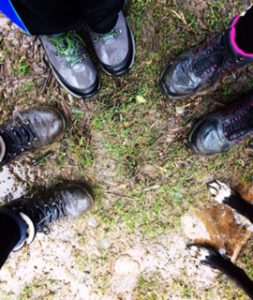 This one *should* be easy; walk or run 1,000 miles by the end of the year. That’s 83.8 miles per month or 2.77 miles each day, give or take, and I clock up this with Lionel before taking into account weekend hikes. But it’s a truth universally acknowledged that January is the month of excuses, and I only manage 67 before the clock strikes Feb 1. Mr Dark Cloud briefly tries to tell me I’m crap, but on Instagram I’m cheered by a fellow runner sharing that she’s done just a couple more at 69. This takes on a whole new meaning when I reveal her username is Dick Run Claire… I can only say she does what she says on the tin, and she’s hilarious.

Where are your adventures taking you this year? Let me know – I hope to see you there!