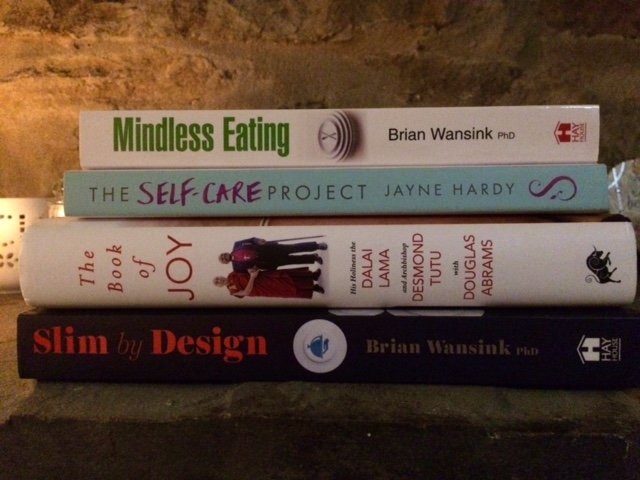 I think my friends are trying to tell me I need improving. I’m not one for new year’s resolutions, but the people who love me most are clearly intending to make some for me. Under the Christmas tree is a sleigh’s worth of self-help books, variously titled things like “Oh Stop Being a Martyr’ and ‘Cheer Up, Misery Guts’ (ok, they might actually be The Self-Care Project and The Book of Joy, but that’s not what I see when I rip off the gift wrap).

Then my own personal faves – Mindless Eating and Slim By Design. Now, I’m the same weight as Dani Pedrosa, which, in technical terms, isn’t too hefty, and let me tell you I’ve been eating extremely mindfully since December 5, when I very mindfully opened the chocolate orange mince pies. But I opt not to take offence, because two years of moving-to-the-teeny-cottage-with-no-central-heating and being-abit–ill certainly sorts the friends from the fakers, and I wisely decide that those still standing actually love me lots. And, if they don’t, I really need the Facebook followers.

So, it’s absolutely not a resolution, but 2018 is all about being the best version of myself I possibly can be. I do my customary hiding from the world on December 31 and set a 5.45am alarm for the first hike of the year up Pen y Fan (I reckon I shifted at least two boxes-worth of mince pies just from the effort of listening to the still-drunk Geordie at the summit tell me he was hoping for a quick dip in the lake). I put away the decs, recycle the tree and start blending ‘fruit’ again. I suspiciously start reading ‘Stop Being a Martyr’ and ‘Cheer Up, Sour Face’ simultaneously and it all clicks into place.

It’s quite simple, really, isn’t it? Be kind, and when people are unkind to you, just feel sorry that they don’t have a lovely friend to buy them their own copy of ‘Cheer up, Glum Nuts’. Climb Pen y Fan at dawn, watch lots of Miranda and remember to use things, not people (it doesn’t work the other way around). Eat less food but carry on enjoying it… you’re never, ever too hefty to say no to a chocolate orange mince pie. And practise your happy face if your birthday’s coming up and you expect a present from me… because guess what you’re going to get? 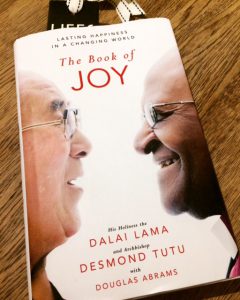