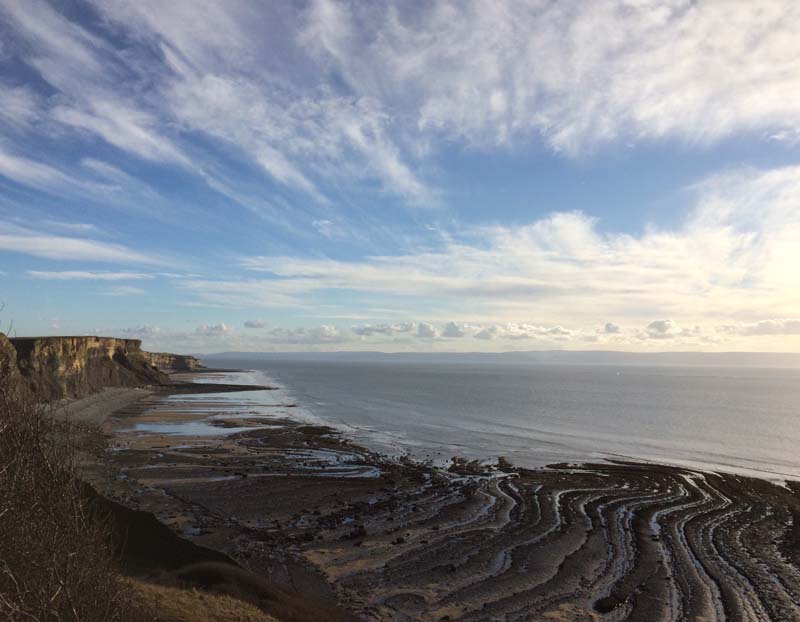 The week starts with a lumbar puncture and ends with what should have been my brother’s 45th birthday. As far as weeks go, it’s not the best and I can’t really afford the luxury of a day off for my fortnightly Friday hike, as I had the luxury of a day off for the lumbar. But I listen to my inner Gareth, whose exceedingly wise motto was: why do today what you can put off til tomorrow?, and I head to the coast for a walk. 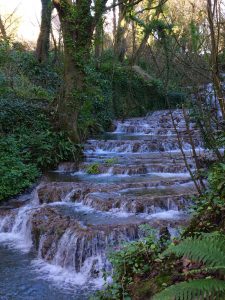 And what a walk. I’m wrapped in thermals but it could be early May; the sea dances and I have the first three miles of Glamorgan Heritage Coast to myself, save a chirpy couple who stop for a chat. We discover we have Garth Mountain quite literally between us and they don’t even wilt when they hear on which side I live (they live in posh Pentyrch. My side of the Garth is not posh). I follow my map into Cwm Nash and discover a waterfall (a waterfall!), before striking out to Monknash then back to the coast across fields slumbering under a cobalt sky. I dip into Dunraven Historic Walled Gardens to be led a merry dance by a huddle of sheep, determined to elude me at every  walled turn. And I map out my hopes and resolutions for next year.

On this day last year, I was sat on a hill with a friend, overlooking our home town and talking about what a tough year it had been. In 2016 I launched a business, left an unlovely relationship and moved to a cottage that turned out to have no central heating until the week before Christmas (the joke now, looking back, is that I had no idea of what 2017 was brewing up; see ‘lumbar puncture‘, above). I’d lost direction, was unsure the business would succeed and the wobble was worsened by the fact it should have been my brother’s 44th birthday. As we talked, I decided to see how far I could get in one final make-or-break year.

The answer, it turns out, is really quite far indeed – not yet quite where I want the business to be but many, many steps further along the path and – more importantly – I now at least know it’s the right path. But the funny thing about that day a year ago is that, earlier in the morning, I met someone who has since become such a wonderfully dear friend I can’t really remember her not being there. And, as I’ve come to learn, she’s a very wise counsellor who happens to think that new year really is the worst time to make resolutions. There’s too much pressure to succeed, our pledges tend to involve a negative – giving something up – and we’re battling the January blues. It’s far better, thinks Lynette, to make your resolutions on a day that means something to you and has positive connotations. 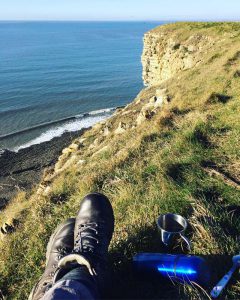 So here I am on November 24, having possibly overdone the hearty stomp just a few days after the LP and drinking lukewarm tea because my shiny new £14.99 Mountain Warehouse flask has a leak, but my soul is singing. I no longer tell myself that next year can’t possibly be worse than the last, because I’ve become quite wise, too, and I know that it could. But I think about the mapped-out hopes and dreams, and the sun dances on the sea a little further west and paints the heritage cliffs amber.