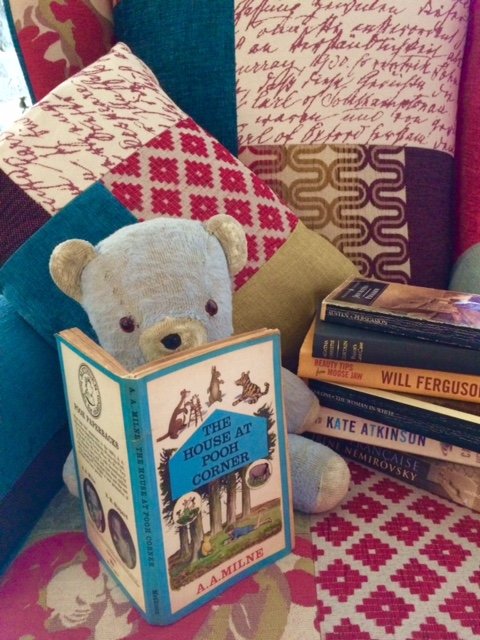 Jane Austen’s on the new £10 note (hooray!) , which got me asking online: what’s your favourite Austen novel? Unsurprisingly, the consensus was Pride and Prejudice, although the wonderfully witty Emma was also named (thankfully no one proposed Northanger Abbey; I would have had to de-friend them). For me, it’s Persuasion, every time. So, with the nights drawing in and the definite need for a crackling fire of an evening, here are my five favourite reads for autumn: 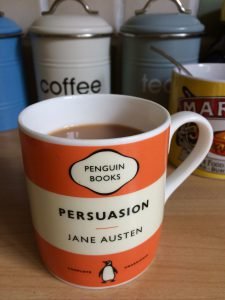 The last and maturest of Austen’s novels sees Anne Elliot having lost her bloom and over the hill at the ripe old age of 27. Despite such horror (27!), the book overspills with warmth, insight and sharp wit; enter Anne’s awful sister Mary, hilarious enough read as an A-level student and totally fabulous by the time you’re a mum quite capable of ditching your own ill children for a jolly night out. And, while we think of celebrity as a modern phenomenon, the double act of Walter and Elizabeth Elliot is neatly observed proof that our obsession with talentless rich people was ever thus. Just genius.

Think Bill Bryson’s hip nephew on a carefree, careless jaunt across his vast homeland in search of what it means to be Canadian. When Beauty Tips was published, my memories of an all-too-brief summer working in a Vancouver bagel shop were much fresher than now, and I guffawed my way through the warmly captured absurdities of a nation in which holes from doughnuts are sold separately (the bagel holes weren’t sold separately in our shop: I have no idea why this trick was missed). Several re-reads in the intervening years have revealed layer upon layer of yearning for a past long buried – and, in some instances, perhaps never there at all. Beautiful.

To Kill a Mockingbird, Harper Lee

Listing To Kill a Mockingbird as one of your favourite novels is no doubt as unoriginal as declaring an ‘eclectic’ taste in music, but there’s a reason why Harper Lee’s Deep South tale of prejudice and hate has sold more than 40m copies. With events narrated from the simplistic viewpoint of tomboy Scout as her father defends a black man accused of rape, its heartbreak and soaring spirit have been quietly carried with me ever since. But if you’ve not already ploughed through sequel Go Set a Watchman… just don’t.

Whilst admittedly not up there with War & Peace, to my mind this one’s a classic – although whether it’s a ‘comfort read’ is questionable, given that I sob every time I reach the grand reveal. A rather nerdy teenager, I spent hours in Clydach Library zipping through Christie and Ngaio Marsh novels, reading just about every Poirot and Miss Marple while one copy of Judy Blume’s Forever did the rounds at school. Belgium’s most famous sleuth returns, along with trusty pal Hastings, to the place it all began to crack his last case. If you plan to read it, don’t google first; just buy the book, clear an afternoon and have the hankies handy. 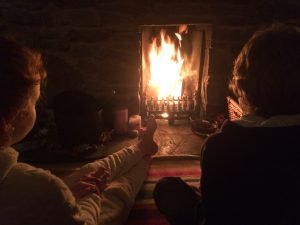 What do you mean, it’s a children’s book? Of course it’s not, Pooh’s the greatest philosopher of all time. He writes poetry (tiddely pom) and invented the Thinking Walk. He recognises the great importance of doing ‘nothing’ and, with today’s population clamped ridiculously to our phones and wearing ‘busy-ness’ like a badge of honour, this clearly makes him a Bear of Remarkably Large Brain. Read it. Play Pooh Sticks. Be kind to grumpy donkeys. Be more Pooh, and the world will be the loveliest place.