Summertime and the reading’s not easy 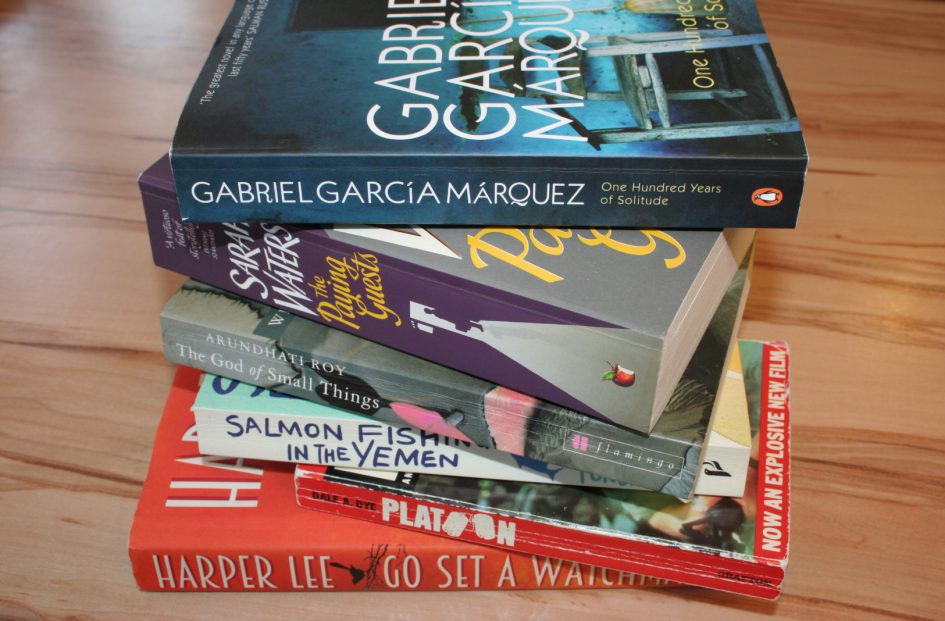 It’s confession time and I’m about to lose friends. I don’t leave home without one, I’m lucky enough to write them, but now, in a book ‘first’, I throw one in the bin. Yep, Caitlin Moran’s How to Build a Girl is so awful it doesn’t even deserve the charity bag or the paper recycling. It is, literally, rubbish.

This summer’s reading is distinctly like the weather. June arrives in a sunburst of optimism and I amass a hefty pile of must-reads. By the end of August I’m all washed out and my nine-year-old’s Diary of a Wimpy Kid box set is starting to look appealing.

Probably no one is still reading this, all my blog followers being avid Caitlin Moran fans who now want to throw me in the bin. That’s the problem with books; they polarise more hotly than a Labour leadership contest. Like the time I borrow One Day from the library to return it three days later, abandoned at chapter five, my teeth still grinding. I am fully prepared for the cries of ‘Whaa-at?’ from the friends who adore its every agonising annual appointment. I just don’t expect the librarian’s glare of pure hatred and the ensuing tug o’ war as I try to grapple back my library card.

Ditto The Rachel Papers, which is supposed to change my life. It succeeds; my life now cheerfully veers away from anything by Martin Amis on sight. This year’s summer stockpile includes the much-anticipated Go Set a Watchman, which I plough into keenly. I emerge, 270 clunky pages later, rather dazed and (*whispers*) a little bit bored. They say you should never meet your heroes; avoid revisiting them 50 years on, too.

But then there are the books that come with zero expectation and stay forever. I receive The God of Small Things as a gift, eye the cover suspiciously and scan the first page out of politeness. Before you can say “Orangedrink Lemondrink Man’ I’ve gone through it twice, holding my breath on even the second reading just in case things work out better this time.

In a charity shop I pick up a creased copy of Platoon. I suspect I’m about to waste 10p but I buy it anyway, on the shaky basis the film was my brother’s favourite and it has beautiful soundtrack music. The book spills with the explicit horrors of war, with women walking on only to get killed or attacked – and I’m absorbed until the last page.

So it’s the end of summer and I open the last novel in my holiday pile, The Paying Guests. I’m going to zip through it in no time; Sarah Waters is a modern day Wilkie Collins and a national treasure. I read a review from the Spectator. “The Paying Guests is twice as long as it should be… the second half sags like an overloaded washing line.”