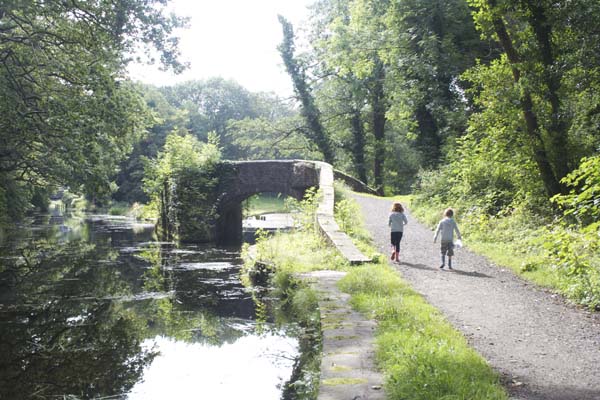 The sun is shining (occasionally), the birds are singing and National Walking Month is here! I nearly spill my tea when I first see the hashtag, it serving as a juddering reminder that my next #trailsbookdeadline is bearing down and I’m #waybehind. But what better way to kickstart my schedule than a thorough nosy at what other walkers are getting up to?

Walking tours firm HF Holidays tweets about the lush valleys and rolling green hills of Poland. I sigh with envy and add another country to my ‘must walk’ list. Mum and Dad Lees send postcards from improbably named Cumbrian peaks like Catbells and Saddleback (and people find Welsh place names confusing…). I sigh with envy and look forward to being retired and spending the kids’ inheritance. My daughter brings home a letter about another Llangrannog trip, with a demand for £125 and orders to pack walking boots. I sigh with pity for the poor bugger who has to lead that walk.

National Walking Month is the brilliant idea of Living Streets, a charity that champions pedestrians. Ok, so the point of the campaign probably isn’t to send us all to Poland, or even to support unsuspecting outdoor adventure leaders who end up with my stroppy pre-teen for a weekend. The campaign started as a way to get more people walking to work, even if just for a week, and to make our streets safer. But it’s become a fabulous hook to encourage adults and children to get out into the fresh air and find out what’s on their doorstep, and beyond.

The benefits to our physical health of walking have long been recognised and now we’re cottoning on to the emotional benefits, too. Last year, a survey by mental health charity Mind found that 88% of people felt better simply after going for a walk. The move to get children outdoors and re-engaging with nature has been gathering pace for a while, thanks to great projects like the National Trust’s ’50 things to do before you’re 11¾’ and Project Wild Thing, and we only have to look at recent headlines such as the stress being put on children by exams to see how vital being active is. As a super-keen walker since climbing my first mountain at eight, it’s been a puzzle for me to understand why my own children aren’t naturally that outdoorsy. I was so determined to MAKE them like walking that I even wrote a whole book! Admittedly, it involved quite a lot of bribery, but it kind of worked. We’ve sloshed through streams, tiptoed through a spooky wood, hunted for treasure and aimed for quite a number of (very) distant ice cream vans. They still groan at the mention of the word ‘walk’, yet are always up for ‘going on an adventure’ or hunting for that castle just round the next corner. Along the way, we’ve learnt new skills, collected an unexpected number of pet insects and had the kinds of conversations that, funnily enough, never seem to happen at the end of the school day.

So what are your plans for National Walking Month? They might include packing up some sandwiches and exploring your local area on foot instead of jumping in the car. You might decide to spend your kids’ inheritance by following Wainwright’s coast-to-coast path (twice, not that I was remotely adding up the cost of all those B+Bs as the postcards kept coming). As for me, well, I have a book to write. Just as soon as I’m done Googling ‘walking holidays Poland’…