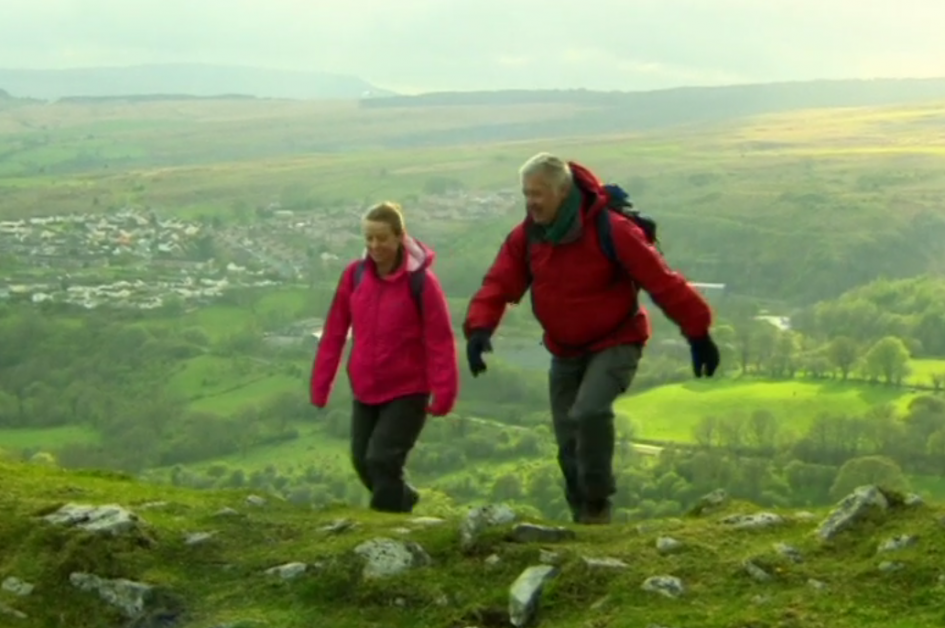 You don’t need a weatherman to know which way the wind blows, sang a hirsute Bob Dylan back in the day. But, in near-gale force conditions at the top of the freezing ruins of Morlais Castle, I indeed had my very own meteorologist – Wales’ finest Derek ‘The Weather’ Brockway, calmly delivering a piece to camera while the wind howled.

We were filming Weatherman Walking, BBC Wales’ answer to all those other walking shows fronted by Julia Bradbury. As I’ve quietly mentioned once or twice, I wrote a trails book last year and the BBC picked up the Castle to Castle Trail in Merthyr Tydfil for Weatherman Walking. Now, Merthyr gets more than its fair share of bad press, but anyone who’s taken the time to mosey around Cyfarthfa Castle or meander through Taf Fechan Nature Reserve is in on a glorious secret. So the walking part was fine. That just left the weather. 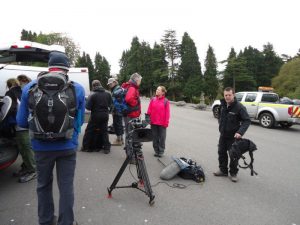 “It’s two coats colder in Merthyr,” I’d been reliably informed and, despite this being May, it was undeniably true. It was toe-numbingly, bone-chillingly bitter. As a hearty hiker, I know what to wear to keep warm whilst walking; the problem now was keeping warm whilst hanging around.

Because although I’d love to suggest that Derek and I strolled along nattering non-stop about Merthyr’s heritage whilst the cameras gently rolled, this, after all, was TV. There were retakes and third takes, lunch breaks and tea cakes. By the time we reached the craggy top of Morlais – deserted, incidentally, by the fiercest of Norman barons for being too bloody cold – it was 7pm and my teeth were clattering like a 19th century coal tram grinding past Pontsarn. Day two was more of the same, but in torrential rain.

My 15 minutes of fame (quite literally; I’m only in the first half of the episode) will be screened in January. In the meantime – breaking news! – I have the first of another two books to write, my pitch for a pair of children’s trails books having been commissioned. My guinea pigs children are so delighted we are going to spend the next two summers lost in fields and wading through stingy nettles. And hopefully, when the books are out, I’ll be able to call on Derek to test-run another trail. But next time, I’ll be prepared for the elements. Yes, I’ll cheerfully wrap the kids up in quadruple layers before propelling them forward for their close-up and retiring to the crew car.