Gladstone and the naked writer 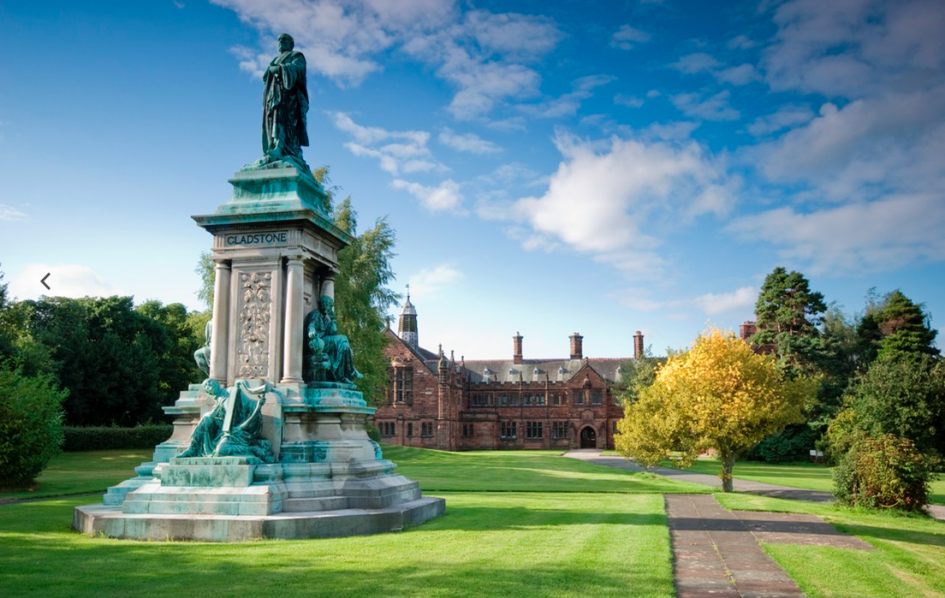 I’m about to wash my hair when a fire alarm starts to howl somewhere in the belly of the building. I throw some clothes on, starting, obviously, with my bra – an essential aid in any emergency.

As I hurry along the network of corridors, it strikes me – I’m just like Kate Winslet! When she was caught up in a similar situation, she also fastened up her bra in double-quick time, I remember her cheerfully recounting to Graham Norton. Ok, I might have played fast and loose with the phrase ‘similar situation’ there. Kate was holidaying with Richard Branson, there was a proper fire and she rescued his nan from a burning luxury holiday home. Mine’s a false alarm in north Wales and all I’ve stopped to rescue is a well-travelled Twirl. Plus, there’s a notable discrepancy in our respective bra sizes. 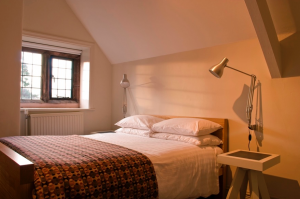 I tweet about the bra drama and instantly get favourited by the ‘Kate Winslet Revolution’ (100% not endorsed by Ms W in any way, shape or form). Then a friend tweets to ask if I write naked. It’s a pertinent point. I’m on a writing retreat at Gladstone’s Library, a gorgeous, late Victorian red brick residence in Hawarden housing about a quarter of a million books, including 30,000-odd once owned by the Grand Old Man himself. It’s bliss; there are no TVs, the rooms are fresh, clean and simple, there is utter peace and nothing really to do other than write, read and think. I have indeed produced more than 2,000 words in the few hours since I’ve arrived although, to the dismay, I’m sure, of my 500+ Twitter followers, I have written every word fully clothed, the post-8pm ones in my pyjamas. 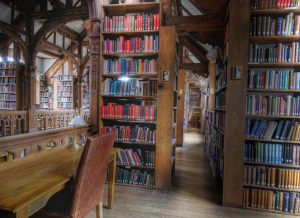 As I rush down the sweeping staircase towards fellow guests who clearly haven’t just put their sun dresses on backwards, it occurs to me that I might as well have kept my pyjamas on. It’s so relaxing here that everyone is smiling benignly, despite the possibility of imminent death, and animatedly discussing books whilst ambling through the vaulted porch towards the safety of the green. In fact, I think pyjamas would enhance the knowing air of wisdom I’m sure I have acquired since my arrival, if only I had an Oscar Wilde-style dressing gown to complete the outfit.

As it is, though, alarm over, I file back to my room, put my dress on the right way around and restart my non-incinerated laptop. I tuck into the Twirl and resume writing. I came here for inspiration and I have it in spades. Enough of walking trails books and short stories; I’m going to produce a Hollywood script of scholars, intrigue and romance in sumptuous British countryside. Coming soon: Love at Gladstone’s Library*, starring Kate Winslet!

* Please note that absolutely no clothes whatsoever were used in the creation of this film script.

Travel Writing, Where to stay